„After a two weekend break we have been back in Misano. Friday was a tricky day for us because we were working with the soft front tyre. We thought this was the good option for the weekend but we had a limit to improve the time. On Saturday for the FP3 we were changing the tyre from soft to hard and I was directly faster and feeling also better. We just made some little modifications on the setting. In Qualifying I was immediately fast and in the second lap I was already so fast, unfortunately I had a crash in the last corner. I was lucky I could make it back to the Pit Lane and my Team could repair the bike, as good as they could. I had time for 2 complete laps so I knew I have to push. I finished P13, but as Sam Lowes had a penalty and had to start from Pit Lane and Remy Gardner suffered an injury I was starting from P11 into the race on Sunday. Finally I had a really good start into the race I was riding with the second group but I was struggling a lot. From the four sectors I just could make good the sector number 2, in the other sectors I was loosing a lot of time. At the end I had a crash in Turn 1 when I was releasing the breaks, it´s always the same scenario like the other crashes I had. We have to analyse the data well for Misano Race 2 next weekend.“ 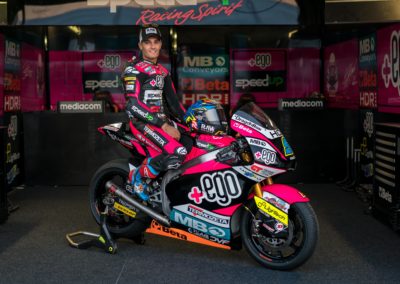 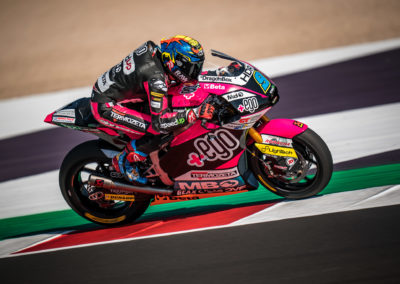 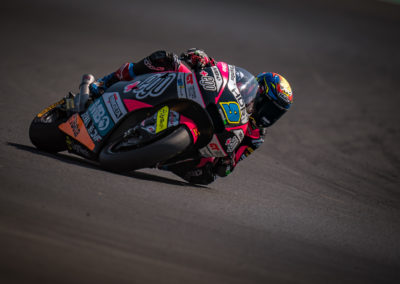 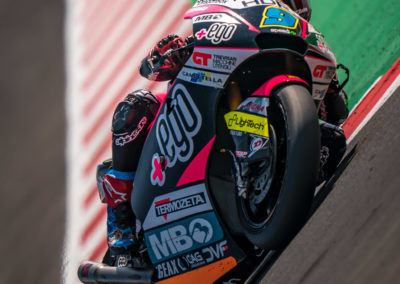 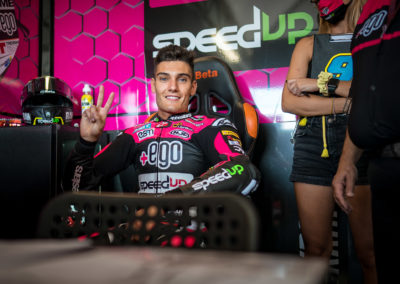 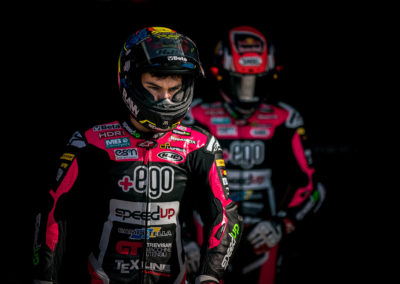 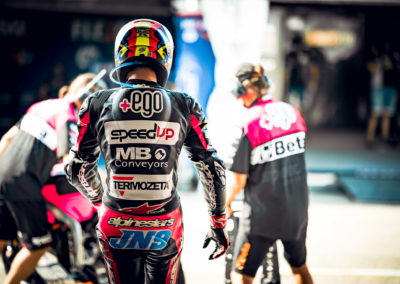 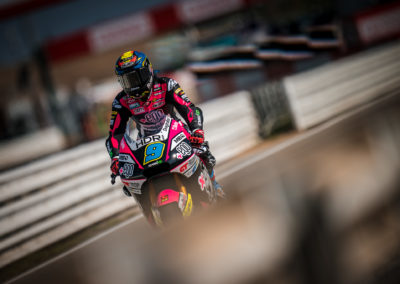 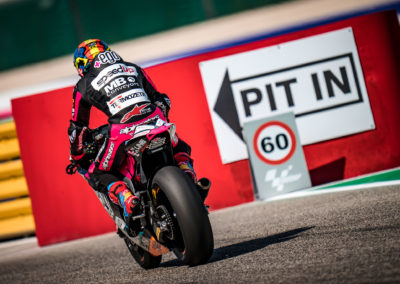 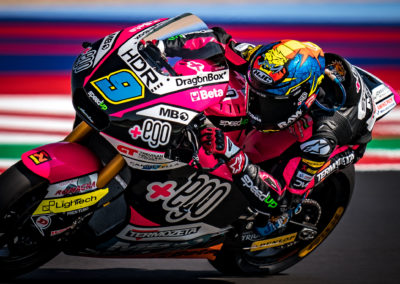 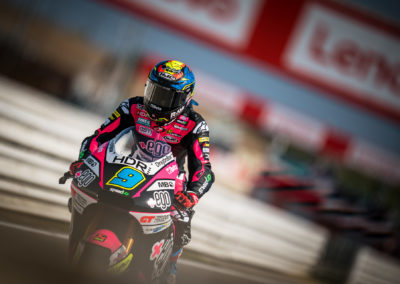 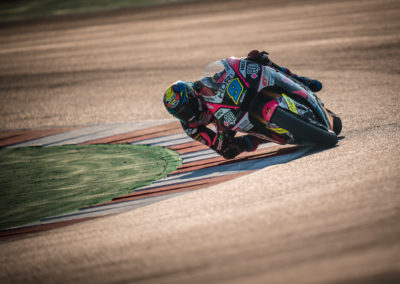 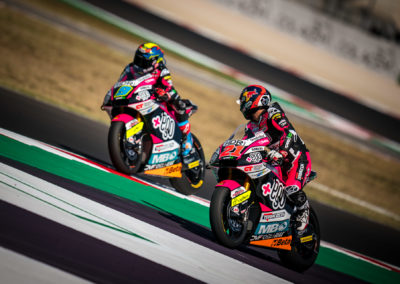